I launched the Indiegogo campaign last week for the sequel to my novel The Secret of the Storm.

I’ll be honest with you readers, it has never been more important for me to have something work the way it is intended. I am on the verge of releasing a new series – more on that in another post – but, I don’t want the writing to stop there. I also want to be sure that I’m giving my reader base something it wants to read. So, the fact that there has been such positive feedback from it has made me take a second look.

I think that all art is, to some extent, crowdfunded. I mean, we create things, people will either like them and buy them or they won’t. This is true for all forms of artistic expression. But why crowdfund this particular project? It is simple really. I need funds up front.

Why do I need funds up front? Aside from living costs that I incur every month for myself and my family there are also the costs of hiring out some services to speed the process along. I need to hire a fresh pair of eyes to edit the book if I am going to produce it in a short amount of time. There is also the cost of a cover artist to design a catchy cover for these editions coming out. And then the costs of continuing to market it to a larger audience through advertising and a book tour to meet readers and sign books.

Don’t want to tell them about it directly? Just direct them to my facebook fan page or my blog. There is more information there and I’ll be posting about it enough, making it visible, so that you don’t have to ask them to contribute.

Every person who buys my book, tweets about it, shares it with their facebook followers, or even shares my work with a friend is contributing to the success of my life-long dream. Without people to read my work, what use is it to write? (Granted there is some personal satisfaction to seeing a story finished but, it is always better if someone reads it and lets you know that they enjoyed it.)

I don’t like asking people for help. I especially don’t like to ask people to shell out hard earned money and get nothing in return for it. With Indiegogo I was able to set up a number of perks. Some of these are as simple as pre-ordering your copy of the book in various states. There are ebook, paperback, and collectible hardback editions. Some will be signed, others won’t. But there are some other things that are limited and those are things I would like to make you aware of.

First of all, I am commissioning a jewelry artist to create only five necklaces from the first story. Each one will be numbered and a collector item. They will feature the keys to the chest that Ansen Walsingham left Elora. These will be available in the limited number of perks in the upper level ranges and will likely be part of a contest that I’ll be hosting here on the blog. The biggest perk of them all is at the highest level in which I’ll give up an afternoon of creation time to talk shop or whatever the person who claims that perk would like. Pick my brain about my process, publishing, writing, or life in general. If you’re in East Texas, I’ll make it a lunch on me. If you’re away it can be redeemed through Skype or other Video Chat service. It is a chance for the person making the most investment to get a behind the scenes look at everything that happened in the creation of, not only the sequel, but the whole series to that point.

The perks build upon one another. All those who contribute will be listed on the blog in a new page called “Made Possible By”. There will also be a special dedication and a list of sponsors in the book when it comes out as well. There will be emails sent to all the sponsors to let them know what stage I am in production. This will likely happen only once a month until it is released. But, the idea is to keep all those who invest in the project in the loop on how it is coming along and when they can expect to receive their books and other items. Sponsors will receive books before they are ever available to the public. I anticipate sometime in May 2014 will be a release day for the sequel. But, I also know that it could be sooner.

Be a part of making a writer’s dream happen. Take a click over to the project, look at the perks and, if you can, consider donating. You’re not helping a publishing company pay a corporate executive here. You’re helping one woman put her life back together and tie up loose ends. You’re helping a family put food on the table and a mother at home with her daughter to focus on education and developing her character. You’ll be helping that child to go to dance classes and have what she needs to do well in her activities. You’ll be helping me to, in turn, help another struggling freelance editor and artist to provide for their families as well.

I am an author and blogger living in East Texas. Living life, writing supernatural suspense fiction, and enjoying my family and friends. View All Posts

This site uses Akismet to reduce spam. Learn how your comment data is processed. 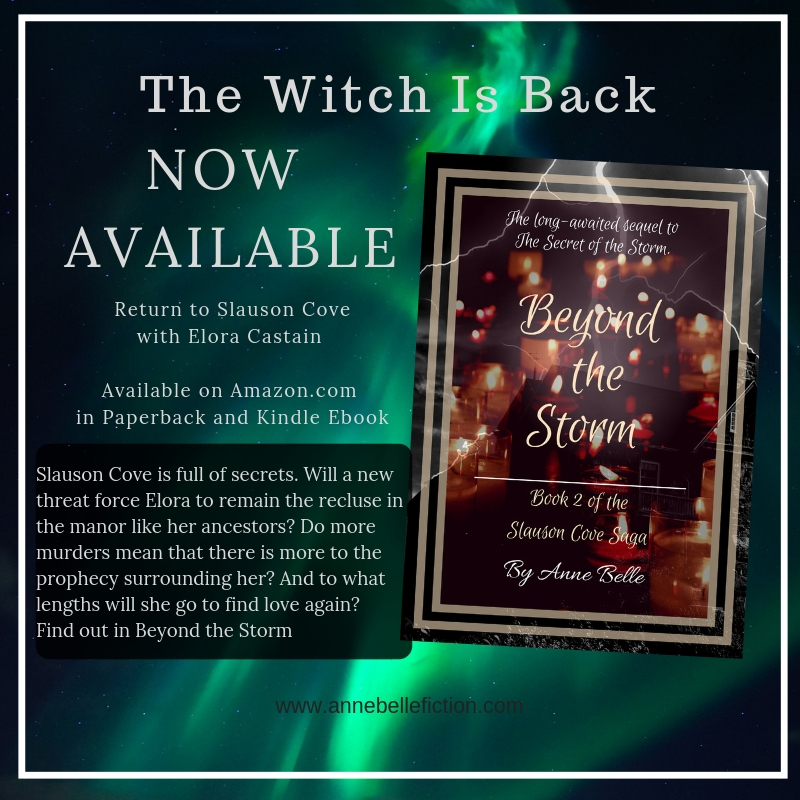